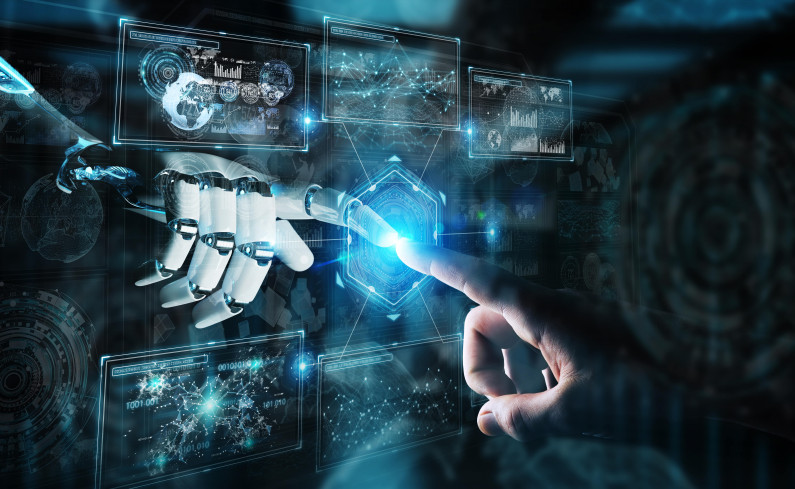 Industry 4.0 - The most important topics and how to talk about them (Part 2)

The smart factory as an autonomous production facility is the declared goal of Industry 4.0 - an intelligent connection of plants and machines that will function largely independently of human employees in the future. How can this theme be optimally utilized for PR communications? What needs to be considered and what are some potential topics of discussion in the area of communication?

A prime example of a smart factory is the e-car manufacturer Tesla, which has already set a new standard for smart, machine-controlled production with its gigafactories. In the coming years, smart factories will significantly change the face of our industry across all sectors. This will also bring new challenges for communication: how can people and machines go hand in hand and what role do artificial intelligence, and data and cyber security play in highly digitized production? Here is an overview of some of the most important topics for communication.

The relationship between man and machine is at the core of discussions around the smart factory. It is an ethical question that should not be ignored under any circumstances. And it is not new; since industrialisation began, those in business, politics, and society have been wrestling with the question of what role technology may or should play in our lives. Innovations such as the assembly lines developed by Henry Ford at the beginning of the 20th century are now operated by fully automated assembly robots and image recognition systems. Even back then, assembly lines, a true revolution in industrial manufacturing, assisted human workers in their processes and thus led to an enormous increase in production.

This was a decisive factor in the promulgation of the automobile as a mass product and the new factories and jobs that came with it. The machine, thus, served man and in the process, created new economic potential from which everyone could benefit - until today.

This is what the relationship between man and machine should look like. The question that Ford dealt with more than 100 years ago will be brought to the forefront again and again by the media and the public in the context of the factory of the future - a scenario for which communication firms must therefore always be prepared.

Science fiction and pop culture tell us that artificial intelligence could replace human labor in a high-tech world at any time. But that is not precisely the goal of a smart factory. Rather, the idea is to use intelligent machines for automatable processes that are particularly strenuous, monotonous, or concentration-intensive for humans. Tesla, for example, uses satellite-controlled, driverless transport systems to transport materials in its gigafactories, which do nothing but transport heavy goods through the facilities 24 hours a day. In this way, these systems enable their human colleagues to spend their work hours on more demanding tasks, such as the final assembly of batteries or the optimisation of processes.

No matter how smart a smart factory is, it is always planned, controlled and managed by humans. Artificial intelligence systems are the prerequisite for bringing a smart factory to life, but they are no competition for humans. Especially with regard to employer branding, it will be important for companies in the future to communicate this clearly and to show where human responsibility is still indispensable.

For a smart factory to function, its plants and machines must be able to communicate with each other. Communication is always synonymous with the exchange of data in enormous quantities. In industry, this usually works via cellular IIoT devices (Industry of Things or Industrial Industry of Things), which are much more resistant to interference than Wifi, for example. By 2023, the number of IoT devices communicating over mobile networks is expected to reach 3.5 billion worldwide. This means that the amount of data connected to these devices is also growing rapidly. The problem here is that the expansion of security protocols has not yet kept pace with this development in all areas.

In the future, technologies such as Secure Access Service Edge (SASE) will become relevant here, which should make IoT in industry even more secure with the help of the cloud. In general, it is already becoming apparent that the growing amount of data worldwide, together with the decisive role that Big Data plays in process automation, will once again make the issue of cyber security in industrial production much more relevant. Providers in this area are, for example, Physec or Escrypt from Bochum. Because the more data is processed in a company, the higher the risk of losses and hacker attacks. The protection of critical data and trust in cyber security solutions will therefore also be a decisive factor for communication in the context of the smart factory.

Blockchain is here to stay, and the industry has also long since recognized its advantages. In the future, it will play a particularly important role in the scope of IoT because there are plenty of ways in which blockchain can improve IoT applications. Even if many are not yet fully usable today due to hurdles such as low battery life of IoT devices, it is only a matter of time before blockchain will also change the data connection between machines in the long run. It can be used primarily as a kind of extended archive for data and devices.

A blockchain maps when which changes were made, but also who last accessed the data or device, how trustworthy that device was, and in some cases, what caused the change. Crucial here: such a distributed chain of information can not only store data, but also trigger automated processes based on learned conditions. Principle: if the condition is fulfilled, the corresponding action is executed. In this way, blockchain enables automation based on big data, one of the most fundamental requirements that a smart factory must meet.

The Smart Factory is the future of industrial manufacturing. From satellite-controlled transport systems to intelligent assembly robots, it will not only change industry in the long run, but revolutionize it - and not to replace humans, but as reinforcement and multiplier for economic progress around the world. It is, therefore, important for industrial companies to address crucial topics in their communication as early as possible, to educate through targeted campaigns and to allay potential fears.

Industry 4.0 is the future – but at the same time, it is also a complex concept that is not always easy to explain. PIABO has made it its business to communicate multi-layered, technological content in such a way that it can be understood comprehensively in every context. We would be happy to accompany you on your journey into the world of Industrie 4.0 communication.

If you have any questions, please get in touch with Sybille Zimmermann.