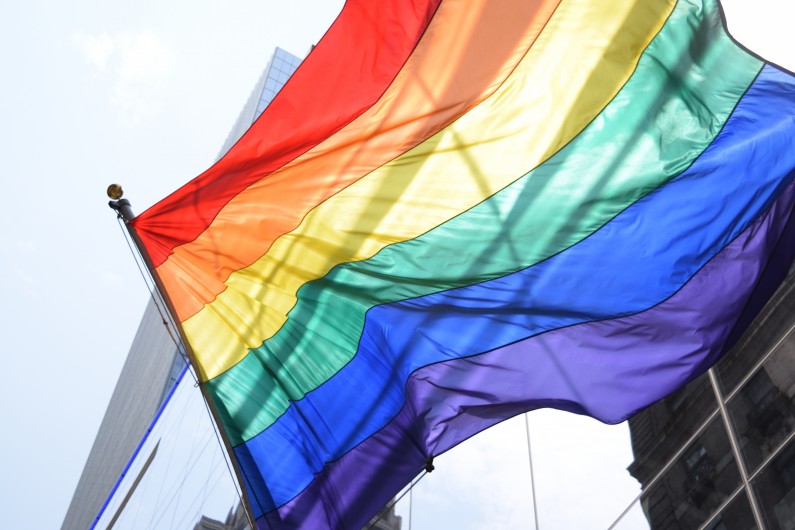 Pride Marketing – How to Avoid Pinkwashing

The Pride Month is almost over. And while numerous companies in Germany and around the world are switching their social media logos from rainbow colors back to their standard look, we would like to discuss the topic of pinkwashing in this blog. What is pinkwashing really, why do so many companies do it, and most importantly, how do you avoid it?

Every year, countless companies modify their social media logos on June 1st and dye them in rainbow colors to show solidarity with the queer community and to provide visibility. So far, so good... right? Yes and no.

Yes, it is important and just to help the community gain more visibility, especially during Pride Month, but also beyond. Just imagine if no company would raise the digital Pride flags anymore - representation and visibility would cease to exist. Nevertheless, the motto should be: practice what you preach. Expressions of solidarity with the LGBTQIA+ community are great, real action and genuine interest, however, are even better.

Businesses operating in tune with the rainbow

According to an estimate by the British market research company LGBT Capital, the purchasing power of the queer community worldwide is about $3.7 trillion. With regard to Germany, we estimate a purchasing power of 151 billion euros. Understandably, companies are interested in reaching these consumers through strategic marketing and products aimed at specific target groups.

That's why every year between May and July, the market is flooded with products in rainbow packaging or showing the sign of queerness. From toothpaste to candy and candles to Pride collections from major fashion chains like Levi's or Calvin Klein - the rainbow is everywhere. Even Burger King and Mc Donalds are joining the trend and promoting same-sex love by selling "Pride Whoppers" and "Rainbow Sticks" - neither of which found approval within the queer community. 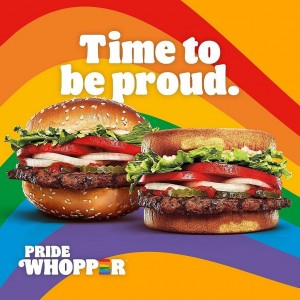 Generally, there's nothing wrong with marketing focusing on a specific target group. After all, it is precisely the purpose of marketing and communication to reach a specific audience. "Rainbow capitalism" or "LGBT marketing," as it is often called, can therefore be viewed as quite positive. But it has the potential to also produce a backlash and harm the brand and the queer community.

The strategy of companies to abuse Pride for their own profits has a name: Pinkwashing. According to the the UHLALA Group, which advocates for LGBTQIA+ in the workplace, pinkwashing is

"a term used to describe the strategy of promoting certain products, people, countries, or organizations by identifying with the queer movement without actually advocating for the queer community. Corporations or organizations want to appear modern, progressive, and tolerant. At the same time, organizations or countries often continue to directly or indirectly discriminate against LGBT+ people.

Why companies should avoid pinkwashing

From a communications perspective, pinkwashing should be avoided at all costs. Above all, companies risk losing their credibility and the trust of customers/partners if they talk the talk but do not walk the walk and really support the community. This applies to external stakeholders, B2B partners and consumers, as well as to internal employees.

In the worst case, such campaigns have the potential to also trigger real shitstorms, as the example of Burger King's Pride Whopper this year impressively shows. Playing with stereotypes is a classic feature of pinkwashing and further manifests them instead of dismantling them.

So how is one able to recognize pinkwashing? As a consumer, how do I know if the company or brand is actually supporting the LGBTQIA+ community? By asking a few questions, one can quickly identify whether a company has taking the easy way out and is pinkwashing or is sincerely engaged within the queer community.

1. Is support for the LGBT+ community limited to Pride Month or is it communicated and supported year-round?

2. Is support limited to specific countries where homosexuality is profitable and “safe” to advocate?

Holistic Pride campaigns should not stop at country borders. With some companies that operate internationally, one observes time and again that logos are only adjusted and campaigns are only run where queer people are able to live without major social or legal obstacles anyway. Especially in countries where homosexuality is illegal, for example, showing the rainbow flag digitally would be a strong sign of solidarity with the community.

3. Are members of the queer community an active part of the overall process?

As with other aspects of diversity, the involvement of the people being targeted is of utmost relevance. Companies that run Pride campaigns without including members of the queer community observe one significant positive side effect: by including the queer community, stereotypes can be avoided, plus it greatly increases credibility.

4. Are employees aware of the company's actions on LGBT+ issues?

5. Is the company just trying to gain profit from the queer community, or are donations part of the campaign?

The last question refers to revenue generated through Pride marketing and items sold. In addition to visibility and attitude, corporate financial support for the community is tremendously important because often, especially LGBTQIA+ organizations are underfunded. Companies that donate a certain percentage per item sold, for example, are thus able to additionally strengthen the community. A direct cooperation with organizations is desirable.

Avoiding pinkwashing - a mandate for everyone

Each of us is able to contribute by uncovering pinkwashing and thus making companies aware of the limits of their operational scope. Many corporations have already realized that smart and honest Pride campaigns are beneficial for everyone involved - resulting in profit and credibility on the corporate side, and visibility and donations on the queer community's side. It should be in the interest of all organizations to be honest and support the queer community without being accused of pinkwashing.