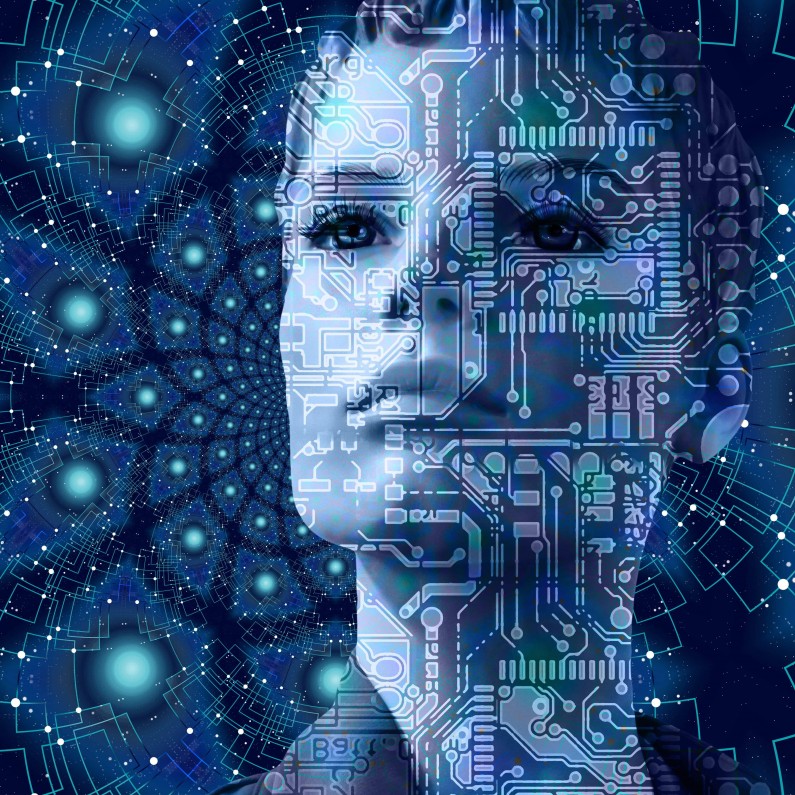 Generation AI – How artificial intelligence is changing the way we think

The common narrative about a future with artificial intelligence is one of dehumanization. Of machines attacking our ethical beliefs, our moral principles and financial livelihoods. But there is another view of this future. Thoughts by Robert Thielicke.

Learning from the past, envisioning the future

Based on our knowledge of human psychology and historical responses to disruptive technological developments, this narrative is more likely to happen: We are not facing a machine age, but a human age. AI will not turn us into human machines, but into more humane beings. The reason lies in the nature of human beings. For thousands of years, humans have seen themselves as the pinnacle of creation, a very special one among the millions of different creatures on earth. Christianity gave a name to that feeling: The freedom of choice. Psychologists call it self-efficacy: The need to influence one's life and a deep-rooted aversion to being manipulated and held hostage.

This need made humans invent tools, sew clothes, build houses, turn to agriculture, usher in the Age of Enlightenment and develop the idea of democracy: All with the goal of gaining the power to take destiny into their own hands. Instead of being helplessly subjected to the forces of nature, they thus conquered, step by step, the freedom to decide for themselves what to do next. Artificial intelligence will not kill this need. It will give it a new direction.

Since the Enlightenment, man has prided himself on his rational, analytical way of thinking – on what was long considered “special human intelligence”. Now, when artificial intelligence knocks him off that throne, when cognitive performance becomes a commodity – and the evolution toward that has already begun – he will seek a domain that will let him continue to be unique. And that will be in a domain that AI, by definition, will never conquer: Being human. Empathy will become more important than efficiency, freedom more important than mere functioning, and human capital will become human again.

Your tasks, my tasks

A medical AI can evaluate millions of records and find a better cancer therapy than any doctor, but it will never be able to help the patient with the ethical considerations of whether the fight is still worth it.

Intelligent computers can answer more childrens’ knowledge-related questions than any teacher, but they cannot develop or implement educational concepts.

An algorithm that selects job applications may pick the best candidate in theory – but it will never know if he or she will fit into the team.

An AI is able to optimize combustion engines – but it cannot decide whether we should build them at all.

AIs are capable of making money on the stock market almost on their own, but they will never be able to assign any  sense or value to all that money.

The Age of Humanity

While artificial intelligence takes care of rational and analytical aspects, only a human knows what humans care about. So, when AIs become mentally superior to us, that will then instead usher in the Age of Humanity for us. This will change our way of thinking, and with it, the course of the world. How this looks in concrete terms can be illustrated by looking at teachers' careers. Today, secondary school teachers still earn around EUR 4,500 per month, elementary school teachers EUR 3,900 and preschool teachers EUR 3,300 on average across Germany. In the future, however, these ratios will be reversed. The factual knowledge of secondary school teachers is losing importance, while elementary school and preschool teachers are gaining because they know more about human development and how children learn best. Pedagogical talent beats IQ and leadership will be less a matter of competence and more a matter of empathy. In school, philosophy and psychology will become as important as math and physics, sociology as crucial as biology.

"Think like a computer" has long been the greatest goal of human achievement. "Think like a human being" will become the guiding idea of the AI generation.