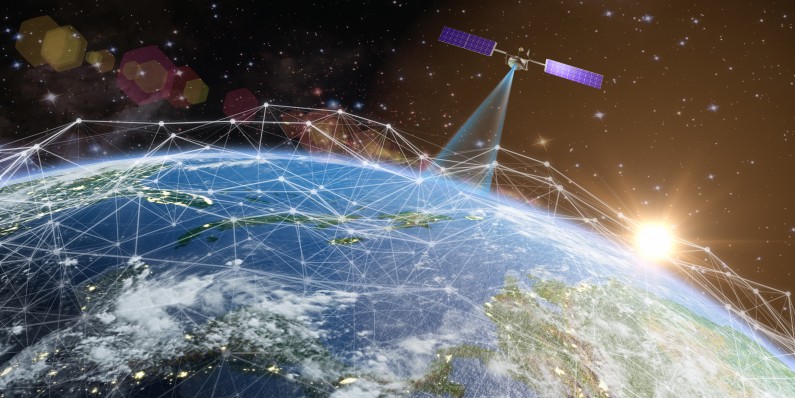 SpaceTech: The Conquest of Space – Made in Germany

To infinity and beyond. This is the dream many companies in the spacetech sector pursue. Yet the industry has changed dramatically since its beginnings. Fasten your seatbelts, because Julia Tenner, Unit Director at PIABO, takes us on the ultimate spacetech journey.

Not only the growing demand to use space commercially but also the growing range of applications of satellites turned out to be key elements of technological progress in the aerospace sector in recent years.

Operating in orbit is a costly undertaking, and for some years now, more and more start-ups have got involved in the industry and brought down the costs thanks to their innovations. Nevertheless, the industry - compared to other areas of the digital economy - is often still underrepresented and underfunded. But interest and investment volumes are on the rise.

Since its foundation in 1959, the German Aerospace Center (DLR) has been dedicated to research and development in the fields of aerospace, transport, energy, security and digitization. In doing so, it has intensively promoted young scientists and actively fostered the global competitiveness of German industry and research in space. Germany is also one of the 22 member states of the European Space Agency (ESA), which represents Europe's economic and scientific interests in space. It is headquartered in Paris, and it's not a secret that the importance of space has always been a bit higher in France than in Germany. However, whether with individual components or entire satellites, the German start-up and investor scene is starting to catch up. At the center of this development: the Bavarian capital of Munich as the German SpaceHub.

VCs are also reaching for the stars

As an important link between young entrepreneurs and investors, SpaceFounders, for example, has become well known in the tech scene. Initiated by founders@unibw, the start-up center of the University of the Federal Armed Forces in Munich, and supported by DLR, the SpaceTech accelerator provides support to start-ups and helps them find suitable mentors and connections to the business world.

A technology-oriented early-stage VC that has already participated in the financing of spacetech start-ups is Vsquared Ventures, whose headquarters are also in the Bavarian capital. Its portfolio includes young German companies from the space sector such as Morpeus Space and The Exploration Company.

Founded in 2018, the start-up Morpeus Space from Dresden offers scalable and efficient propulsion systems for autonomous mobility in space. Most recently, the team of engineers, entrepreneurs and innovators announced that they would cooperate with Rocket Factory Augsburg AG (RFA) on jointly developing propulsion technology in the future. The public limited company, also founded in 2018, builds rockets in serial production at its manufacturing site in Augsburg, making it possible to reduce costs in an otherwise very costly industry.

Another Vsquared Ventures portfolio start-up, The Exploration Company, has also set its sights on more cost-effective and at the same time more sustainable space travel. Its modular and reusable orbital vehicle Nyx is designed to transport not only cargo but also people into the earth's atmosphere for research and leisure purposes. The next ambitious project of the start-up with offices in Munich and Bordeaux is a mission to the moon and back planned for 2028. Founder Hélène Huby is actively involved in the transformation of the space industry and left the Airbus subsidiary Defence and Space last year to found The Exploration Company.

With all the satellites, rockets and space stations, it's getting pretty crowded in the supposedly infinite void of space. To ensure that flying objects keep accident statistics low on their space journeys, Braunschweig-based SaaS startup OKAPI:Orbits has developed collision avoidance software that enables safe and sustainable satellite operations. With its platform service, the start-up, founded in 2018, not only prevents its customers' satellites from coming on a collision course with any of the other more than 5,000 satellites in space, nor with so-called space debris. The software's functions also include flyby prediction and orbit determination.

But SpaceTech startups can also offer direct added value for life here on Earth with their innovations. Munich-based start-up OroraTech, for example, has so far processed information on forest fires using data from infrared cameras on publicly accessible satellites. With a self-built small satellite, which they sent on its space mission earlier this year, the company now wants to expand the detection of fire sources and shorten the response time. The capital for this came, among others, from the investor SpaceTec Capital, a VC company with offices in Brussels and Munich that specializes in startups with space-related technologies.

The space tech sector in Germany is growing – both on the VC side and in terms of the diversity and breadth of space tech startups. It offers enormous growth potential for investors, founders and researchers. We are curious of what's to come next and say: Reach for the stars!

Are you an emerging SpaceTech start-up or are you funding the sector? Then let's have a conversation about it and get in touch with Julia Tenner, head of the PIABO SpaceTech Unit.