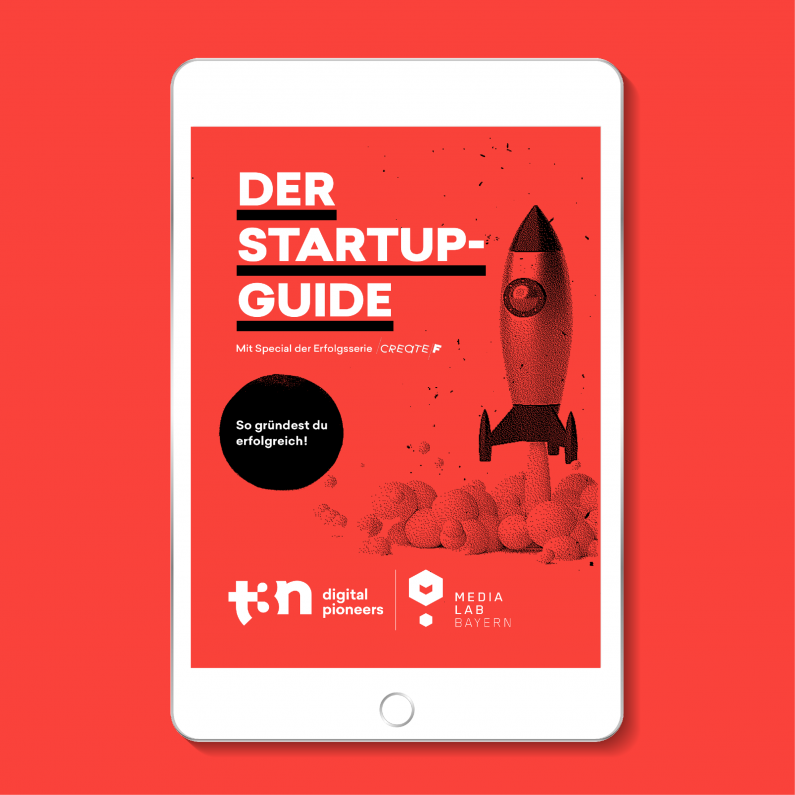 On Monday, the Startup-Guide by t3n and MediaLab Bayern was published containing insider tips and a wide range of knowledge about startups. Our communication specialists Stephanie Stein and Timotée Gbaguidi are part of the authors group for the guides’ special part of winning series createF. They focused on the questions of how to spark the interest of more women with regard to the tech scene and what role social media plays when it comes to this task.

How many women? – Still too little in the startup landscape

There's an account on Twitter called "Wie viele Frauen” (“How many women?") that regularly posts group photos from various events, meet-ups, and other occasions. But what do they all have in common? A far too small number of women are pictured on them. This is a reality that also applies to the tech scene, which is supposed to be so progressive. For several years now, the German Startups Association has published its Female Founders Monitor. The most recent result (2020): Only 15.7 percent of startups in Germany were founded by women. Although these figures are constantly increasing, the progress is very slow - in 2015, for example, the number had been 13 percent.

As a result, more and more VCs are developing programs tailored to women. Entire funds are allocated for the support of female founders, and more and more platforms offering a place for exchange are being created in various networks. That's a nice start, but it's not enough. "What keeps women in particular from founding, far too often, is not just the lack of representation. It's an urgently needed change in a system that denies them the qualifications in too many instances - and also creates a number of unnecessary obstacles ," writes our colleague Stephanie Stein in the latest special edition of tech magazine t3n.

Together with our Digital Communications Director Timotée Gbaguidi, Stein cooperated with the entrepreneur, film producer and filmmaker Franziska Pohlmann who acted as editor with regard to the 25-page guide – in order to help women who want to found their own start-up. The Guide contains practical advice from experts such as Bettine Schmitz (Auxxo), Mira Jago (Cuckoo Coding) and Dr. des. Aylin Karabulut (Employers for Equality) as well as all kinds of "hands-on" guidance to help with the startup journey. Having a vast digital expertise, Timotée Gbaguidi contributed a number of valuable LinkedIn tips. One of them is:

"Social media is a form of communication from one person to another: Use call-to-actions (CTAs) to exchange ideas with your network and generate new input. Desirable side effect: All interactions happening this way will flush your post into the feeds of new users with whom you are not yet connected, but who could potentially be interested in your content."

Much of the gained experience is a result of creating the successful series CreateF – The Female Founders Show, which Franziska Pohlmann produced in 2021. In this realistic "Höhle der Löwen" ("Lion's Den") -like format, her main goal was to make the founding and financing process more transparent, in addition to encouraging women in the startup scene. "My very own experience that informative and entertaining content on the topic of founding is needed has been confirmed by many other like minded beings – and above all are also visible female founder role models," says Pohlmann.

Also, the guide portrays a number of great women who have taken an important step in their professional career by starting their own business. Mervi Lamminen, founder of the mental well-being solution Auntie, for example, or our colleague Doran Hayoun, who offers exclusive handmade crocheted bags with her start-up ByDori. In the special issue, together with the other female founders, Lamminen and Hayoun highlight one important point: there is neither the one right way to start your own business, nor is there the one right personality for it – and it is most certainly never too late to take this step.